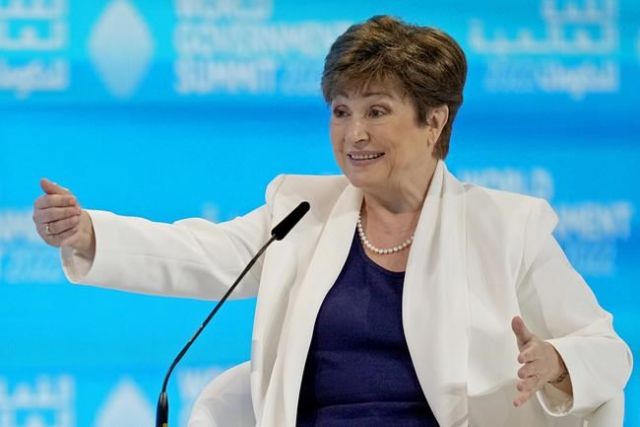 The head of the International Monetary Fund warned Thursday that Russia’s war against Ukraine was weakening the economic prospects for most of the world’s countries and called high inflation “a clear and present danger’’ to the global economy.

IMF Managing Director Kristalina Georgieva said the consequences of Russia’s invasion was contributing to economic downgrades for 143 countries, although most of them should continue to grow. The war has disrupted global trade in energy and grain and is threatening to cause food shortages in Africa and Middle East.

Georgieva made her comments in remarks prepared for a speech on the eve of next week’s spring meetings of the IMF and the World Bank in Washington.

Chronically high inflation, which is forcing the world’s central banks to raise interest rates and likely slow economic growth in the process, amounts to “a massive setback for the global recovery,’’ Georgieva said.

Georgieva also warned of “the fragmentation of the world economy into geopolitical blocs,” with the West imposing far-reaching sanctions on Russia and China expressing support for the autocratic Russian regime of President Vladimir Putin.

“In a world where war in Europe creates hunger in Africa; where a pandemic can circle the globe in days and reverberate for years; where emissions anywhere mean rising sea levels almost everywhere — the threat to our collective prosperity from a breakdown in global cooperation cannot be overstated,” Georgieva said.

Before the war, Russia and Ukraine had supplied 28% of global wheat exports. And Russia and Belarus accounted for 40% of exports of the fertilizer potash.

“Now,’’ Georgieva said, “grain and corn prices are soaring, and leaders across Africa and the Middle East are telling me that supplies are running low. Food insecurity is a grave concern.

“We must act now with a multilateral initiative to bolster food security. The alternative is dire: More hunger, more poverty and more social unrest — especially for countries that have struggled to escape fragility and conflict for many years.’’

Georgieva called on the world to support the Ukrainians and noted that the IMF had delivered $1.4 billion in emergency financing to help Ukraine meet its immediate spending needs. The IMF is also offering assistance to Ukraine’s neighbors, including Moldova, which has accepted more than 400,000 war refugees.