SAN MARCOS, Texas – Time is up for local emergency rent relief programs to get funds out to renters at risk of eviction.

What You Need To Know

Hundreds of millions of dollars meant to keep vulnerable Texans housed could be lost in this last round of recapture from the federal government. 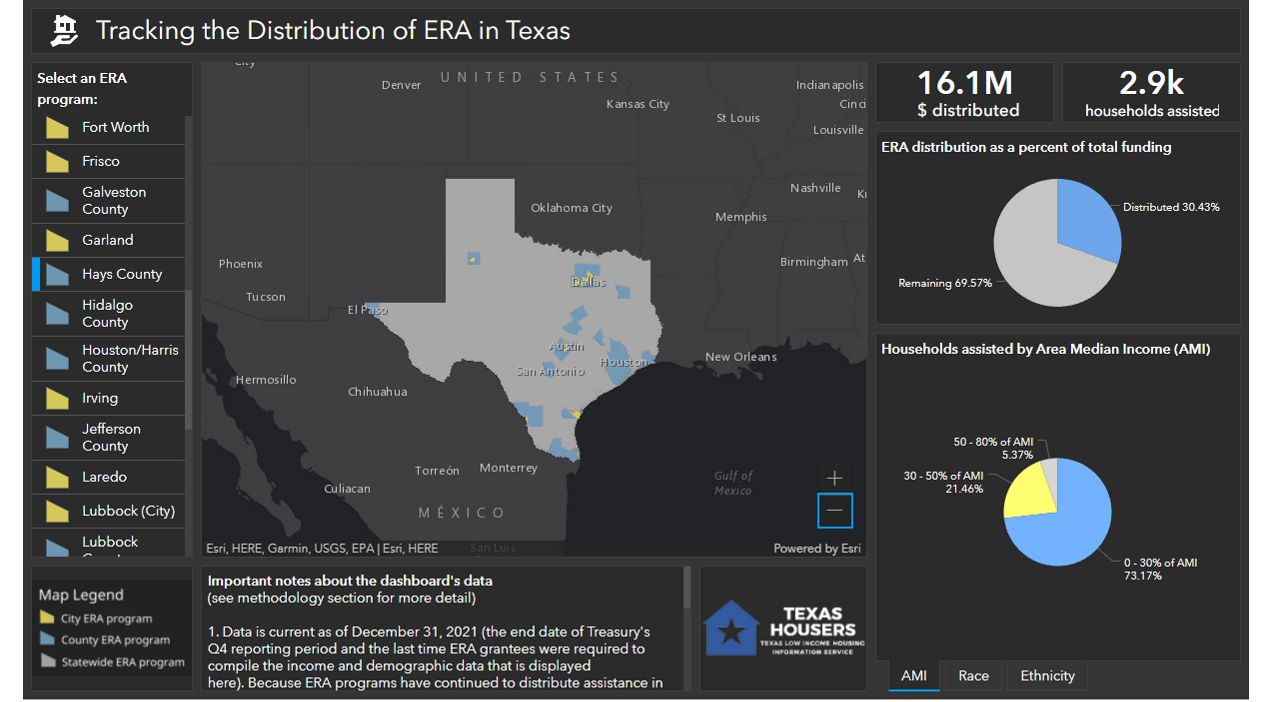 The latest data from Texas Housers dashboard shows at least nine emergency rental assistance programs have nearly $100 million unspent as more than 19,000 renters have been evicted statewide as of January.

One of those programs is Hays County, which has already returned more than $2 million to the U.S. Department of Treasury for failing to meet its last two spending deadlines.

On Friday, the county reported it’s now spent more than $2 million, about 30% of its $6.9 million budget. The Treasury required ERA programs to spend at least 50% of its budget by the end of January. County leaders have yet to report how much the Treasury plans to recoup.

But renters like Lupe Randall don’t need to wait for those numbers to know the impact. Not long ago, the San Marcos mother was living out of her car.

“We just get pillows and blankets and we put them over our head and say our prayers,” Randall said.

Now, her family is in a hotel and she uses her car to commute to and from her two jobs. Randall used to own a restaurant, but it shut down because of the pandemic. While she was applying for funding from Hays County ERA program, her family was evicted from their apartment.

“It’s gonna be very hard for me to find housing because of that,” she said.

Randall went to Home Center Organizer Hannah Durrance for help. The nonprofit is under the the county’s Community Assistance Program. It helps renters apply for ERA funding or get into emergency housing.

“Had the county already had a system in place we would have been better prepared,” Durrance said. “But I feel like Hays County just has never really addressed these emergency situations as a whole.”

Hays County received its funding in January of 2021, but the ERA program didn’t start until July. Since then, its struggled to distribute funds and hire case workers to handle applications like Randall’s.

“They dropped the ball,” Randall said. “When they did that, people like me ended up in situations like this.”

During the March 22 commissioners court session, county leaders says the program made major improvements since hiring a new contractor to take over after the former manager resigned in January.

“The real numbers say we are doing much better,” Commissioner Walt Smith said.

On March 31, whatever money is left over, the ERA program loses.

The county auditor says in the county’s December 2021 report to the Treasury, the ERA program had processed around 250 applications. In the county’s latest report on Friday, roughly 400 cases are currently open. Of those cases, 270 are under review and 130 are “awaiting additional information from the applicant.”

Texas Housers Senior Researcher Ben Martin keeps track of the ERA programs and evictions in the state. The dashboard shows there were 410 evictions in Hays County in 2021, and 36 more in January.

“Hays county has been among the lowest spenders,” Martin said.

Hays County commissioners say ERA staff are communicating with the courts to prevent applicants from being evicted, but nonprofits say renters who applied to the ERA program are still getting evicted.

“If there’s money available to prevent evictions, one eviction is too many,” Martin said.

Within the next six months, Martin expects more ERA programs will close down. He says Hidalgo County, Montgomery County and many counties along the border are also struggling to distribute funds.

Texas Housers is recommending local ERA programs to voluntarily return funds to state or local rent relief programs rather than sending it back to the Treasury. That way it will still help Texans in need. Martin says ERA programs can obligate funds for future spending to risk further recapture as well.

“This is a really big lesson learned that needs to be applied at the national level for future disasters,” he said.

With help from Home Center, Hays County is paying for Randall’s hotel while she finds housing, but with an eviction on her record, she says it’s been impossible.

“It’s sickening to be honest with you because there’s so many people out there that need the help,” she said.

But through tragedy, came opportunity. Once a client of Home Center, now Randall is an employee. This way, she says, she can right the wrongs Hays County did to her family and so many others.

“I just have to keep going, keep moving and this job actually really helps me,” she said.