NFT Integration With Games In 2022 Is An Inevitability, Despite Ubisoft’s Failure – The Depaulia 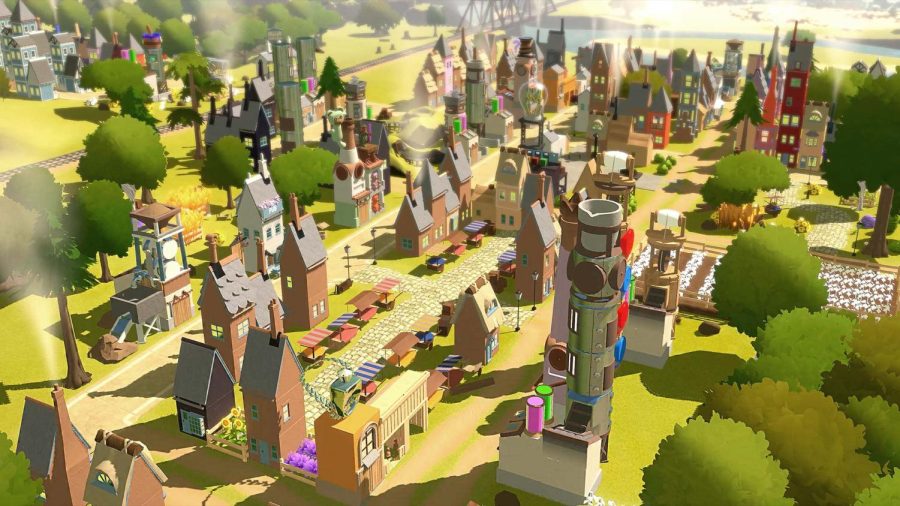 NFTs — they’re everywhere and nowhere. Ubiquitous in the public tech consciousness and placeless by way of blockchain technology. You’re probably sick of hearing about them.

An NFT — which stands for “non-fungible token” — is a digital item of any description which is “minted” onto a blockchain — a distributed cryptocurrency ledger. Their purpose is to establish a new paradigm of digital ownership, the principle being that only one such token exists on the blockchain representing said media, and that anyone who was to merely copy the piece of media will have only made a worthless replica — the NFT certificate is what quantifies the item’s monetary value. Just about anything can be minted as an NFT — artwork, videos and increasingly: content within video games.

Ubisoft’s “Quartz” is certainly not the first NFT integration that gaming has seen, but it’s undoubtedly the most prominent in the triple-A space at the moment. Ubisoft just happened to be the first to take the plunge, and now the rest of triple-A shuffles nervously with darting eyes and grinding teeth waiting to see if they’ll surface. But it’s not looking like they will.

Somewhat predictably, Quartz was a miserable failure. Turns out gamers at large weren’t much a fan of the idea or of Ubisoft’s pitiful execution of it.

To better contextualize what happened, let’s go back to October of 2021.

On Oct. 14, it’s revealed that Valve has blanket banned all applications incorporating blockchain and cryptocurrency technology on Steam. The largest games distribution platform on PC has taken a side. Epic, a competing platform, flips the other way.

In early December, Ubisoft triumphantly announces NFT integration with the game “Tom Clancy’s Ghost Recon Breakpoint” as an introduction to its new Quartz “experience,” and is met with a tidal wave of thunderous jeering. Gamers and games journalists appear uniform in their hatred of this practice. Many highlight Quartz as directly at odds with the decentralization which is principal to blockchain technologies, as well as Ubisoft’s idiotic methods of integration and distribution through a game which wasn’t even well-received to begin with.

Later in December, the magnitude of Ubisoft’s failure is brought into full view. By the 19th, only a measly 15 of Ubisoft’s “Digit” NFTs appear to have been sold. Earlier that week, it’s revealed that Ubisoft developers exchanged messages amongst themselves on Ubisoft’s internal MANA forum that read:

“I still don’t really understand the ‘problem’ being solved here.”

“Is it really worth the (extremely) negative publicity this will cause?”

“I normally try to stay positive on our announcements but this one is upsetting.”

On Dec. 21, Ubisoft doubles down. And while all that unfolded over the course of December, several others raised the idea of NFT integrations for their own games.

On Dec. 11, Famed British game designer Peter Molyneux announces that his next game will be a business simulator anchored around the blockchain and NFTs. Within days, it’s revealed that millions of British pounds’ worth of NFT virtual land plots have already been sold.

On Dec. 15, GSC Game World announces and then promptly walks back on NFT integration with their upcoming long-awaited shooter “S.T.A.L.K.E.R. 2.” Community backlash was so fierce that GSC Game World reversed their decision the day following the announcement.

And Square Enix, known best for their overwhelmingly successful “Final Fantasy” series, announces on Jan. 1 that it will embrace blockchain and NFT integration in their games going forward, in the process hilariously acknowledging that “some people who ‘play to have fun’ and who currently form the majority of players have voiced their reservations toward these new trends.” Playing games to have fun — imagine that.

The integration of NFTs with games is a highly contentious and polarizing subject. Among its many critics is DePaul University’s own JJ Bakken, an adjunct professor of game design and producer at Wargaming — the studio behind the massively popular “World of Tanks” and “World of Warships.” His opinion of NFTs is unflattering, to say the least.

“NFTs are nonsense — environmentally destructive and silly,” Bakken wrote. “There’s no part of NFTs that’s remotely interesting for games specifically. The technology does not do anything (for games or for game players) that a normal database doesn’t already do … I’m not a big fan.” He went on to diagnose the motivation behind this emergent trend in gaming. “Corporations (big game companies included) are interested in NFTs because, as with any emerging and unregulated economy, there’s money to be made there.”

A game developer and student of computer science here at DePaul who wished to remain anonymous also offered harsh criticism of the practice. Asked about NFT integrations in games, his comments were decidedly pointed.

“It’s immensely frustrating,” he disclosed. “Beyond the fact that [NFTs] don’t solve any problems that haven’t been created by the developers or publishers of the games, it’s clear that they’re only being introduced to keep up with the latest and ever-changing ‘hyped’ technology.”

Speaking on the future prospects of NFTs in games, he had this to say. “Hopefully … NFTs die a quick and painful death that quashes any chance they have of ever returning to the world — or at least [to the world of] gaming.” His venomous remarks are characteristic of how many in the gaming community perceive the encroaching presence of NFTs in the industry.

Cody Kroliczek, an information systems major and senior at DePaul, falls on the other side of the aisle. Kroliczek is a collector of NFTs, and he sees them as transforming the concept of ownership. “The ability to say ‘I own this’ holds a lot of value in the NFT world,” Kroliczek wrote. “A lot of people like to joke about just saving an image and calling it theirs, but the truth is that they don’t own it. I think NFTs give the world a whole new meaning of ownership.”

“I really don’t consider myself a gamer, but I do consider myself influenced by the gaming industry,” Kroliczek said. “I have played video games my entire life … I think NFT integration in games is a good thing, to an extent. Bigger video game companies should set the standard of how NFTs will be used within games, but the question is if they will do this [responsibly] or not.” Kroliczek also addressed the concerns of detractors.

“NFTs in the video game space could be seen as a scheme to take more money from people, which can be very true,” he said. “A lot of people can fall victim to a ‘pump and dump’ and lose a lot of money. Imagine a game like ‘Fortnite’ creating NFTs with their item shop skins. This could cause absolute mayhem — the demand would be high until Epic decides to pull the rug and take everyone’s money. Ultimately, I think gaming companies have to be very careful with how they implement any future NFT projects.”

Indeed, we’re entering uncharted territory in gaming, and this is only the beginning. No matter what side of the debate you find yourself on, we’d all best buckle up — 2022 awaits.