The Taycan is a premium electric sports sedan placed alongside the Panamera in the Porsche line-up but the all electric performance makes this the most talked about car wearing a Porsche badge. 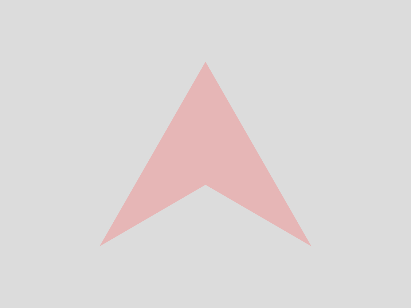 Trust us, it is a proper four seater.

New Delhi: The future is moving so fast that it is entering our present times and that’s got to do with everything including our gadgets, cars or even technology overall. Things are moving at a fast pace and in the future, the cars we might drive could be like the electric car that you see here. The Porsche Taycan is an electric car but the way it is designed inside out, shows the future car to be more like a spaceship on wheels.

The Taycan is a premium electric sports sedan placed alongside the Panamera in the Porsche line-up but the all electric performance makes this the most talked about car wearing a Porsche badge. It also looks quite cool and grabs a lot of attention due to its sleek styling. It is very much a Porsche but also quite different with the way there is no usual grille or the smallest details like the headlamp design to the charging port which opens by touch. Even the front loading space opens via a touch sensor. The shape is aerodynamic with the way the roofline blends in with the rear plus the massive connected strip of LEDs lights at the rear is also attention grabbing for sure. A closer inspection reveals the quality and the attention to detail like the Porsche badge at the back which is behind a glass window to a pop-up rear spoiler. .

The same story is on the inside. It feels more like a cockpit of a plane than a car with no less than four screens all over! The Taycan has a low height while the frameless doors are another standout feature. The interior feels less of a sedan and more of a sports car with the cockpit all around you. Everything is screens and buttons are hardly there. Like our phones, it’s all touchscreens now. The instrument cluster is huge and gets a lot of information while the display quality is as expected of a high standard. The central screens control the other major functions while surprisingly even the movement of the air con vents are via the lower touchscreen! While all that is cool, while driving, I had to take my eyes off the road to adjust the aircon or asked my passenger to do it. There is also an optional passenger screen which also gets a lot of controls and functions so that your passenger does not get bored!

When you are buying a car at this price, quality is very much expected but along with that, the interior does feel different plus special. There are also a  lot of features including a heads-up display, park assist surround view and a premium audio system plus more. The massive glass roof does make the interior more spacious than it is actually and it does get in a lot of light. However, it does get a bit hot during peak summer days like on the day we drove it. A huge surprise though is the rear seat space as even for a tall person, headroom and legroom is excellent. Trust us, it is a proper four seater.

Nothing prepares you for the drive though as the start button is more likely to be seen on a smartphone screen to switch on the phone. The future is indeed different as we said earlier! The Taycan comes with different battery packs and power outputs while the one we drove had a 79.2kWh battery pack. You can upgrade it for more range or power but in this spec, the Taycan makes around 324 bhp while launch control adds in more power- if you wish to drive very fast. In normal driving, the Taycan is smooth, fast and drives more like a petrol sports car rather than an EV. The acceleration has been very well tuned while different settings can alter the performance as per your preferences.

In standard mode, it is very quick while you can save range also by selecting a mode where the range is conserved. The Taycan feels smaller than its actual size and its ground clearance is a lot better than how it looks to be. Massive speed breakers do require you to raise the ground clearance but the lift system is only for the worst ones as the Taycan would be a comfortable car for everyday use. The smooth performance, light steering and surprisingly good ride quality makes the Taycan more practical for our roads than other sports cars at this price. The two speed transmission also means performance is instant but not too uncomfortable or difficult to drive in everyday traffic. It is midway between a sports car and a luxury sedan.

In terms of range, expect around 300kms while a standard charger will charge it up in 8 hours. Priced at Rs 1.5 crore starting, the price further increases with various options added in. However, there is nothing else like the Taycan for its looks, performance and the way the electric driving feel is mixed with a traditional sports car. It shows the car of the future can be electric but need not be boring!

What we like- Stunning looks, space, performance, driving experience, interior

What we do not- Expensive when added with various options, too many touch based operations in the interior