Ela’s legacy in Rainbow Six Siege is a big one. She was launched on Sep. 2017 and quickly became one of the strongest roamers in Siege. Her Scorpion had a very controllable recoil, a great number of bullets per charger, and she also had two impact grenades. Plain and simple, she was the perfect roamer.

However, her status quo in the game changed as the years went by. Now, Ela is far away from her prime version — but she is still very playable.

Elzbieta Bosak is Zofia’s younger sister and the daughter of Jan Bosak, former commander of the Polish Special Operations Forces unit GROM. According to Ubisoft’s biography, “Ela excelled in grueling training (…) but couldn’t reconcile military life with her need for independence and left to study Fine Arts in Berlin.”

It wasn’t until her father’s death that Ela decided to return to Poland to join GROM.

“Ela is a reliable team player with leadership potential, even if her distrust of authority continues to be a point of contention,” her bio reads.

She joined Team Rainbow after a successful collaboration with SEAL. 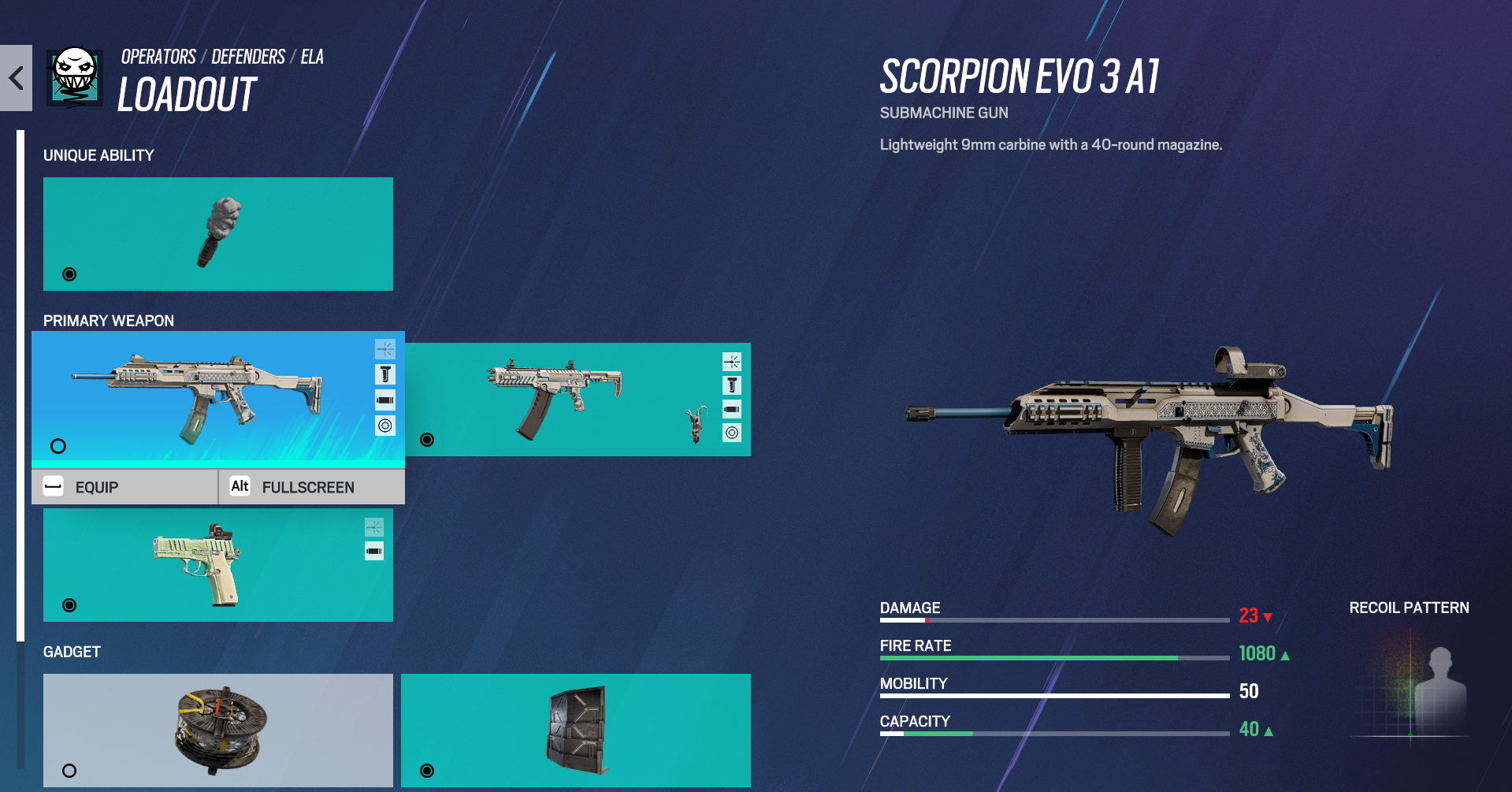 Ela’s loadout is incredibly versatile. Players usually go for the Scorpion when the main task to perform is roaming around the map.

Meanwhile, the shotgun can be used to hold key positions. In order to do that, It is frequent to see Ela’s shield and shotgun being combined with Wamai’s or Jäger’s gadgets. Attackers will struggle and waste utility to destroy the shield and erase Ela from the equation.

Although her Scorpion’s recoil is difficult to master, we highly encourage you to try getting better with Ela — she can be a really good addition.

Ela is a roamer. She is mainly used to traverse around the map and make the attackers’ job difficult. Ela’s kit is very strong in close gunfights, as the Scorpion’s insane fire rate or the Shotgun gives her a huge advantage in those battles.

How to use Ela’s gadget in Rainbow Six Siege

Ela’s gadget might be small but it is really useful. Her mines detonate once someone gets close enough to them. Basically, they tell you — by the sound they make when triggered — where the opponent is. Also, the attacker goes through some side effects, as it partially loses some of its vision and sound.

Using these traps wisely can give you a huge advantage on the battlefield. You must place them according to your strat, to make attackers lose some precious seconds or to just know where are they going to push from.

Also, Ela’s mines can stop the planting animation once triggered. Plain and simple, they can work like an Echo drone. Throwing an Ela mine to someone who is planting the defuser will automatically cancel the animation if the mine is triggered in time.

Twitch’s drone can easily get rid of Ela’s mines, while attackers’ explosives can destroy her shield. Finka is also a very useful operator against Ela, as her boosts can relieve the Ela mine’s side effects.

Ela is one of the most famous operators in Rainbow Six Siege, hence why she has some really cool outfits. 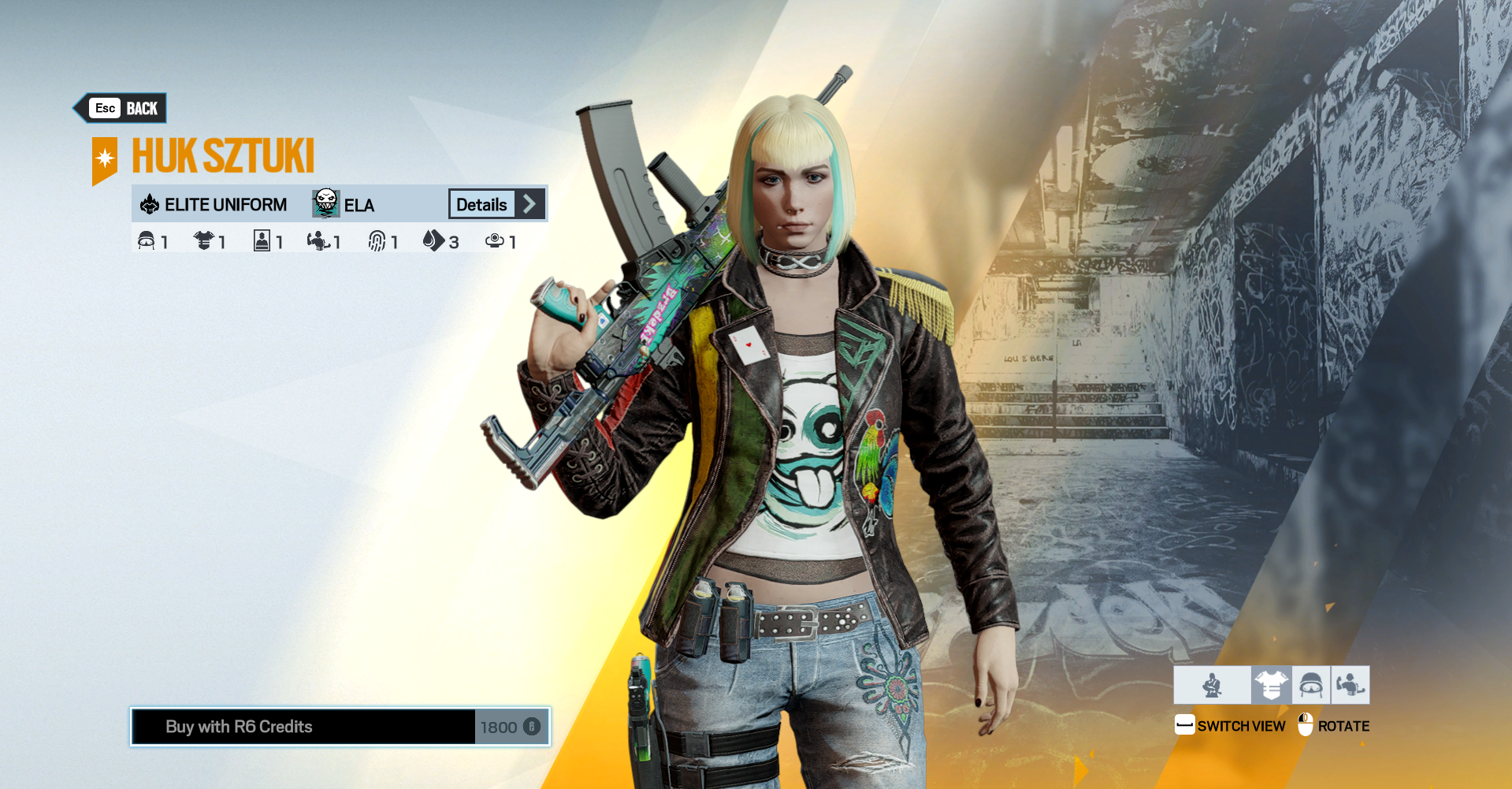 Ela’s Huk Sztuki is her elite bundle, which can be purchased with 1,800 R6 Credits. It is surely a look that differs a lot from her regular version in the game. 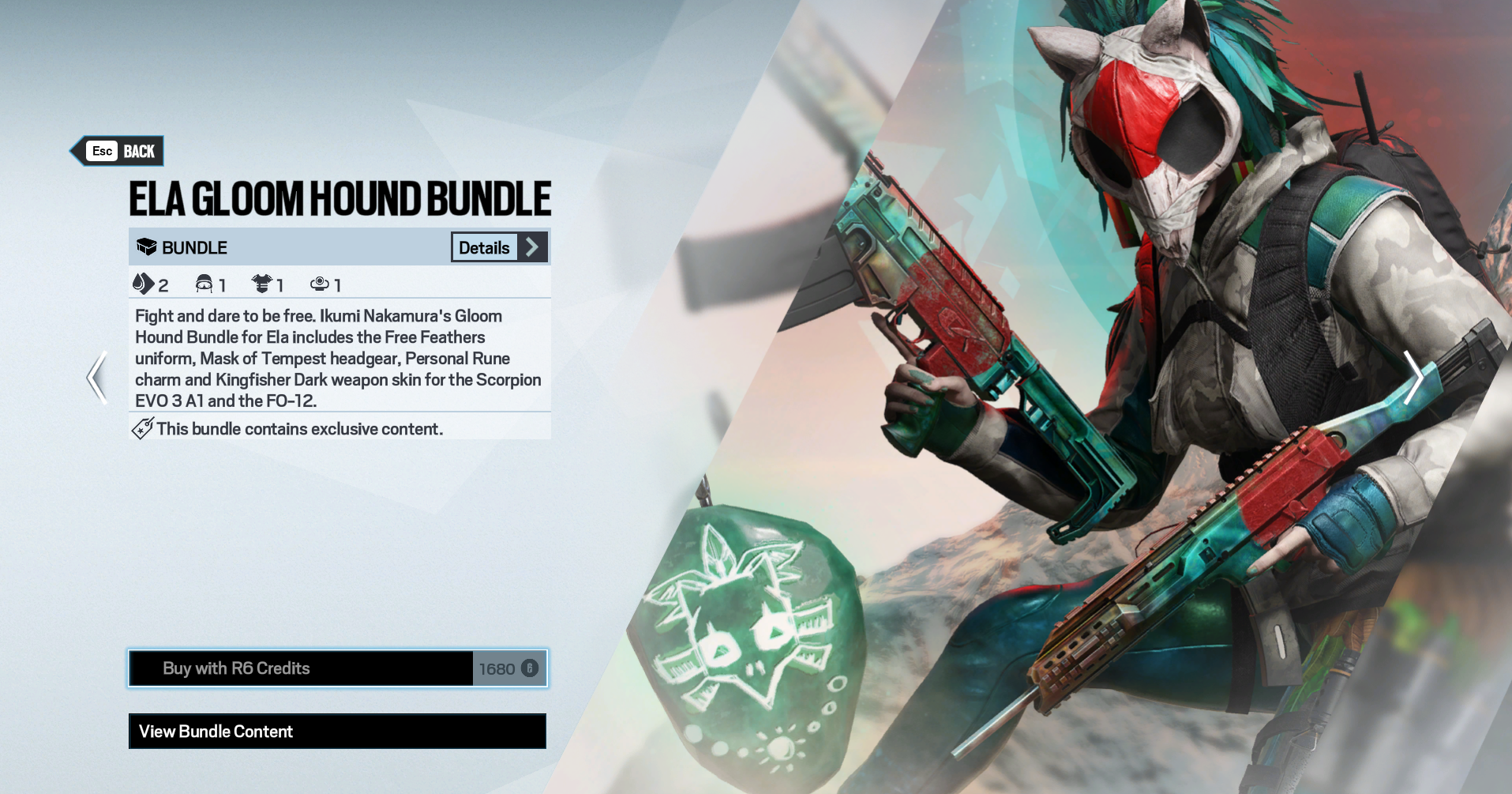 Ela’s Gloom Hound was really well welcomed by the community once this was released. It was designed by Ikumi Nakamura and it costs 1,680 R6 Credits. 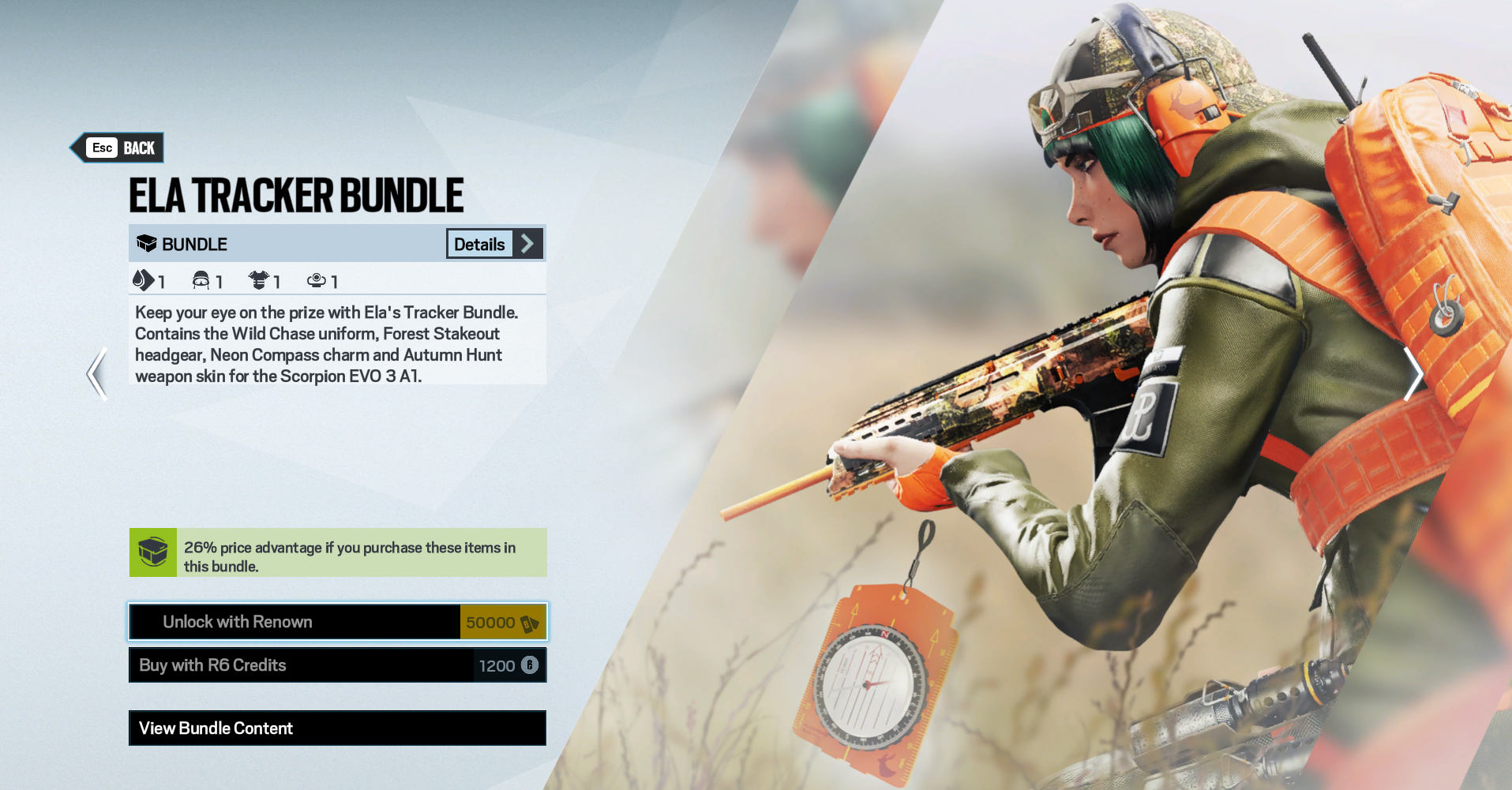 Last but not least, we have the Tracker bundle. Unlike the previous two bundles, this can also be acquired with Renown. It is also the cheapest of the three — however, we are not sure if using orange on the battlefield is a great idea.