Reese Witherspoon Enters The Metaverse, But Fans Are Divided – ETCanada.com

By Brent Furdyk. 2 hours ago

Reese Witherspoon is venturing into the metaverse — but not everybody is thrilled about it.

Last week, Witherspoon announced that her Hello Sunshine production company was entering the digital sphere of NFTs, partnering with the NFT collective World of Women (WoW) to produce feature films, in addition to scripted and unscripted TV series based upon the collective’s NFTs.

On Tuesday, Feb. 22, Witherspoon took to Instagram to share a video in which avatars of herself and French bulldog Millie enter a virtual art gallery with NFT artwork adorning the walls.

“This is not a drill… Minnie is in the Metaverse!” Witherspoon wrote in the caption. “Thank you to the @some.place.social team for creating this beautiful space and bringing my gallery to life! ?.”

However, Witherspoon’s post also received plenty of negative comments from those who wish she’d remained focused on the real world instead of a digital one. 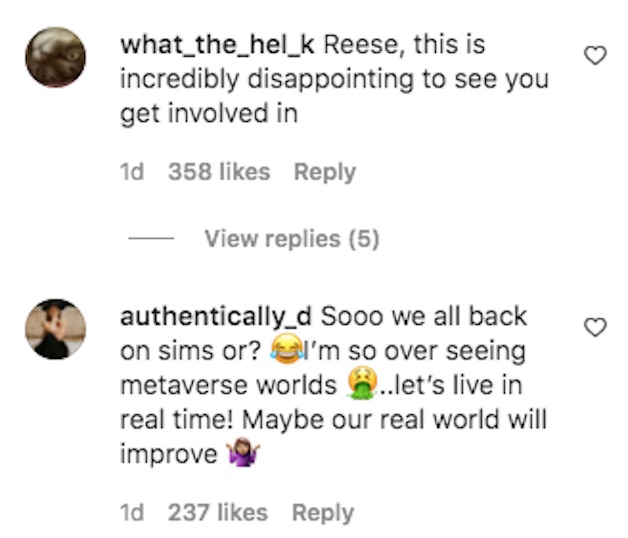 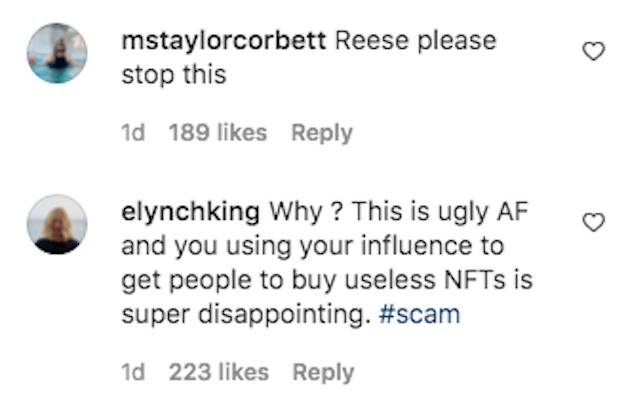