It’s a new year, and while many mark this milestone by making resolutions, the videogame industry seems content to hang onto old habits. That’s right: it’s another deathly quiet January on the triple-A front. Sure, God of War’s coming to PC in a week, as is Monster Hunter Rise, but there are no big, brand-new releases heading our way until February, when Dying Light 2, Total War: Warhammer 3, and Elden Ring arrive. What do they say about London buses?

If, like us, you’ve managed to clear out just enough of your gaming backlog over the festive break to justify buying more games, then you’ll be delighted to learn that there are still plenty of indie corkers set to release this month. Want the canine version of Pokémon Snap? How about a mech hack-and-slash game? Or perhaps a hand-drawn horror FPS? January’s indie offerings come in a wide variety of flavours, and we’re confident we’ve got something to suit your tastes.

So, join us as we list six of our most highly anticipated indie PC games coming out in January 2022.

If one (or more) of these really stands out to you then nip over to its Steam store page where you can wishlist or follow it for future announcements. 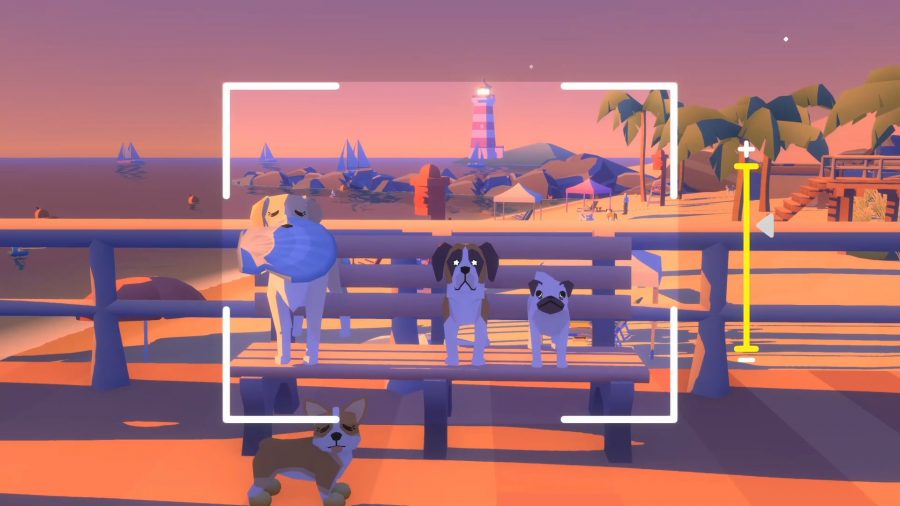 Here’s a wholesome, relaxing way to ease into 2022: walking around a tropical island snapping pictures of every dog you meet. That’s precisely how you’ll spend your time in Pupperazzi, a first-person photography game about meeting excellent mutts, taking their picture, and improving both your portfolio and your pup-papping equipment. 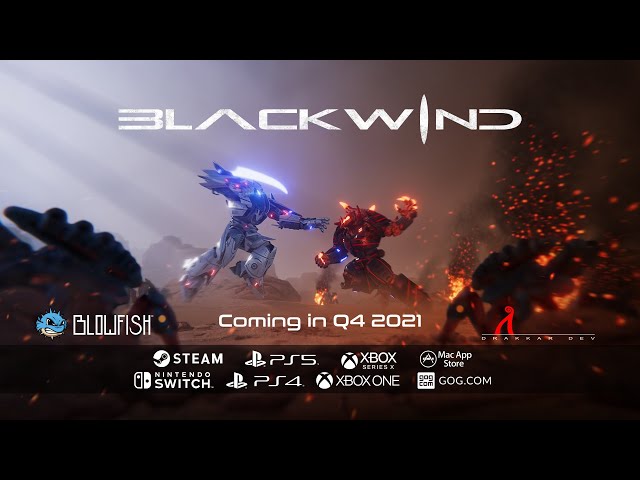 Fans of mech games have been spoiled for choice in recent months, with Riftbreaker, Wolfstride, and Super Robot Wars 30 slaking our collective thirst for big robots slapping seven bells out of each other. Blackwind looks to continue this glorious hot streak with a blend of run-and-gun and hack-and-slash gameplay. The premise is simple enough: you play as a teenager who has become stuck in an experimental suit of battle armour. Ordinarily, some scientists and engineers would get to work busting you out of there, but unfortunately this mishap has coincided with an extraterrestrial invasion – typical. So that’s it, you’ve got no choice but to blast and bludgeon your way through the alien hordes, collecting new gadgets like arm-mounted energy blades and auto-targeting missiles as you go.

Combat has a frenetic pace, so you’ll spend most fights running around dealing constant damage in a bid to stay alive. If that all sounds a bit stressful then you can employ your mech’s range of brutal melee finishers for some gory catharsis when you need it most. You can check out Blackwind here. 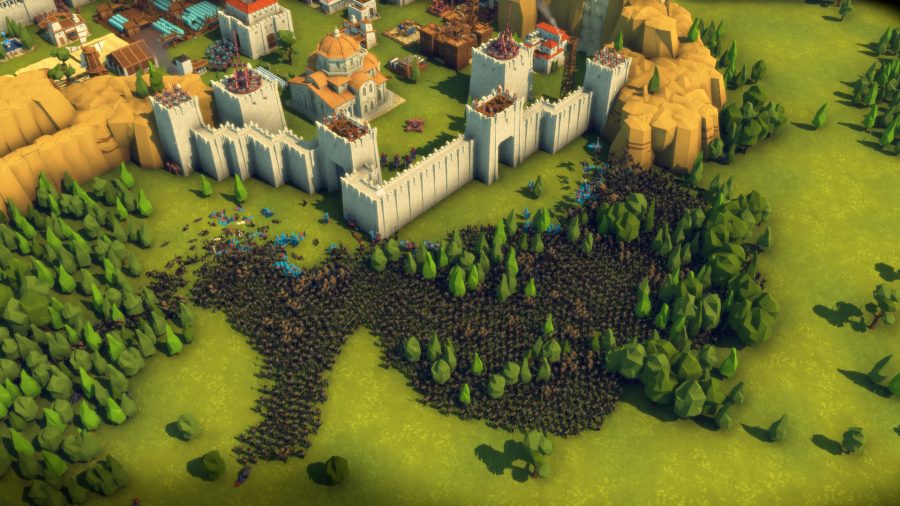 Diplomacy is Not an Option – 26 January

Tower defence games have experienced something of revival in the years since They Are Billions released. Diplomacy is Not an Option mixes in elements from economic management games, city builders, and RTS games as you attempt to survive a series of increasingly severe sieges, but the real draw is setting up an elaborate pattern of archers and trebuchets, and watching as they rain missiles down over the thousands of impudent insurgents at your gates.

Of course besieged lords have more to deal with than the baying brutes outside their castle walls. Plague, starvation, and a lack of materials force you to constantly reshape your realm, expanding to tap into new resource nodes or fortify your agricultural core. Despite Diplomacy is Not an Option’s cartoonish, low-poly aesthetic, there’s a surprisingly realistic physics simulation behind every catapult, ballista, and longbow shot. Nothing is hitscan, so you’ll need to carefully place all of your units to make sure you’re getting the most out of your army, whether that’s placing archers in elevated positions, or shifting a catapult to cover a blind spot in your defences. You can check out Diplomacy is Not and Option here. 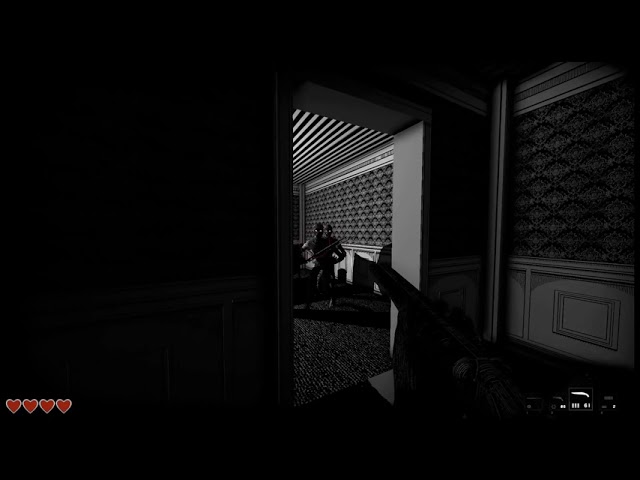 Kingdom of the Dead – 26 January

With its inky black, hand-drawn art style, John Carpenter-inspired synth soundtrack, and supernatural New England setting, Kingdom of the Dead is a throwback FPS that doesn’t skimp on atmosphere. In a world that’s slowly and secretly being overrun by demons, your job is to journey to hell portals around the Northeastern United States, slay the eldritch horrors that have emerged from them, and close each gateway for good.

Your main weapon is a talking sword that guides you through each level, but you can also arm yourself with a variety of antique firearms ranging from revolvers and double-barrel shotguns, to repeater rifles and gatling guns. We prefer to use bundles of dynamite though, which explode groups of demons into a bloody, airborne chum. You can check out Kingdom of the Dead here. 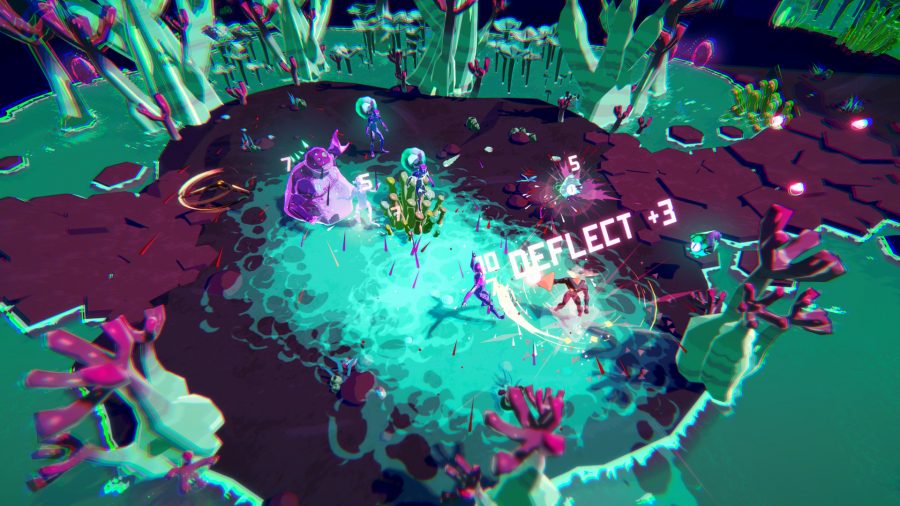 Whether it’s a perfectly timed parry and riposte in Dark Souls, or using your lightsaber to send a plasma bolt back at a hapless stormtrooper in Star Wars Jedi: Fallen order, deflecting is one of the most satisfying combat mechanics in gaming. Enter Deflector, a bullet hell roguelite in which parrying incoming attacks is your primary means of dealing damage.

The longer you manage to survive, the more points you’ll earn, and you can invest those points in new abilities that let you deflect projectiles in different ways, dodge faster, and ultimately turn evasion into evisceration. You can check out Deflector here. 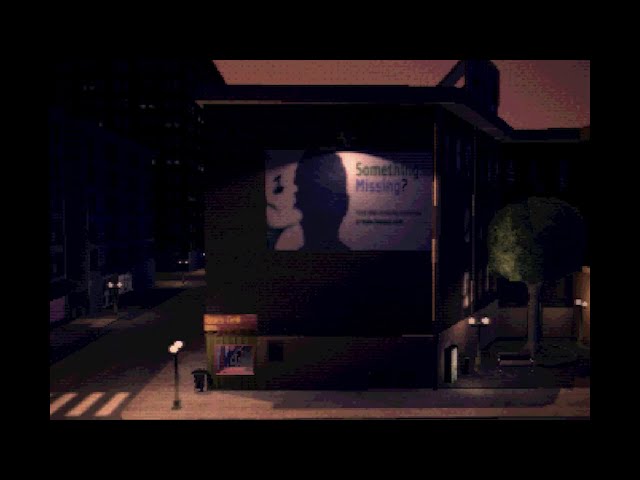 You may have seen Blank Frame before if you use itch.io, where it’s been available for nearly a year, but the psychological horror game is heading to Steam later this month and if you’re a fan of PS2-era horror games then it should definitely be on your radar.

Clearly inspired by Silent Hill 4, Blank Frame is a two hour-long atmospheric horror story where you wake up in the middle of the night to discover that you’re trapped in your apartment, and you might not be alone. Fortunately, there are no cheap jump-scares or sudden chase sequences to watch out for, instead you’ll navigate the story through cryptic dialogue exchanges and point-and-click adventure game mechanics. You can check out Blank Frame here.