Malkin leads No. 11 Arkansas past Liberty

No. 11 University of Arkansas jumped to a 9-0 lead but had to hold off a late Liberty charge to claim its seventh consecutive victory, 14-9, on Thursday in Lynchburg, Va.

Linnie Malkin and Hannah McEwen had three hits each and combined to drive in nine runs. Malkin’s grand slam was the big blow to give the Razorbacks a 9-0 advantage in the top of the second.

Arkansas (15-4) was within a strike of a run-rule win in the bottom of the fifth, leading 14-6, but Liberty hit a two-out, two-strike two-run home run to get within 14-8 and force the game to continue.

Arkansas pitcher Mary Haff (5-2) came on in the bottom sixth inning and allowed a lead-off solo home run but then retired the next six hitters to seal the win. She struck out four and did not walk a batter.

McEwen finished 3 for 4 with a double and a homer, drove in three runs and scored four times. Hannah Gammill and Cally Kildow added two hits each.

Arkansas is scheduled to open play in the JMU Dukes Invitational today in Harrisonburg, Va., with a doubleheader against Lehigh and Maryland beginning at 10 a.m.

The Arkansas State University women’s team is tied for second place among 16 teams after Thursday’s first round of the Lady Thunderbird Invitational at Sunbrook Golf Course in Saint George, Utah.

Kayla Burke shot the low round of the day for the Red Wolves with a 1-over 73. She’s tied for fifth place individually, three strokes behind tournament leader Jessica Zelasko of Weber State. Charlotte Menager shot a 3-over 75 as is tied for 11th place, while Olivia Schmidt is tied for 15th place after shooting a 4-over 76.

Arkansas Tech University junior Francois Jacobs was named the Great American Conference’s Men’s Golfer of the Week for the third time this season.

Jacobs shot a 5-under 67 on Tuesday in the final round at the Las Vegas Desert Classic. The round included seven birdies and helped him move up 31 spots on the individual leaderboard to finish in a tie for seventh place. The Wonder Boys finished seventh as a team in a field that included 11 top-50 teams.

Junior Lea Grinberg of Arkansas Tech University has been named the Great American Conference’s Women’s Player of the Week after going undefeated in singles and doubles play for the Golden Suns last week.

She earned a three-set victory over nationally-ranked Ewa Samberger of Drury 7-6, 0-6, 6-3. Grinberg and partner Daniela Baez also picked up a big doubles win over Sanberger and Kseniia Eremina. 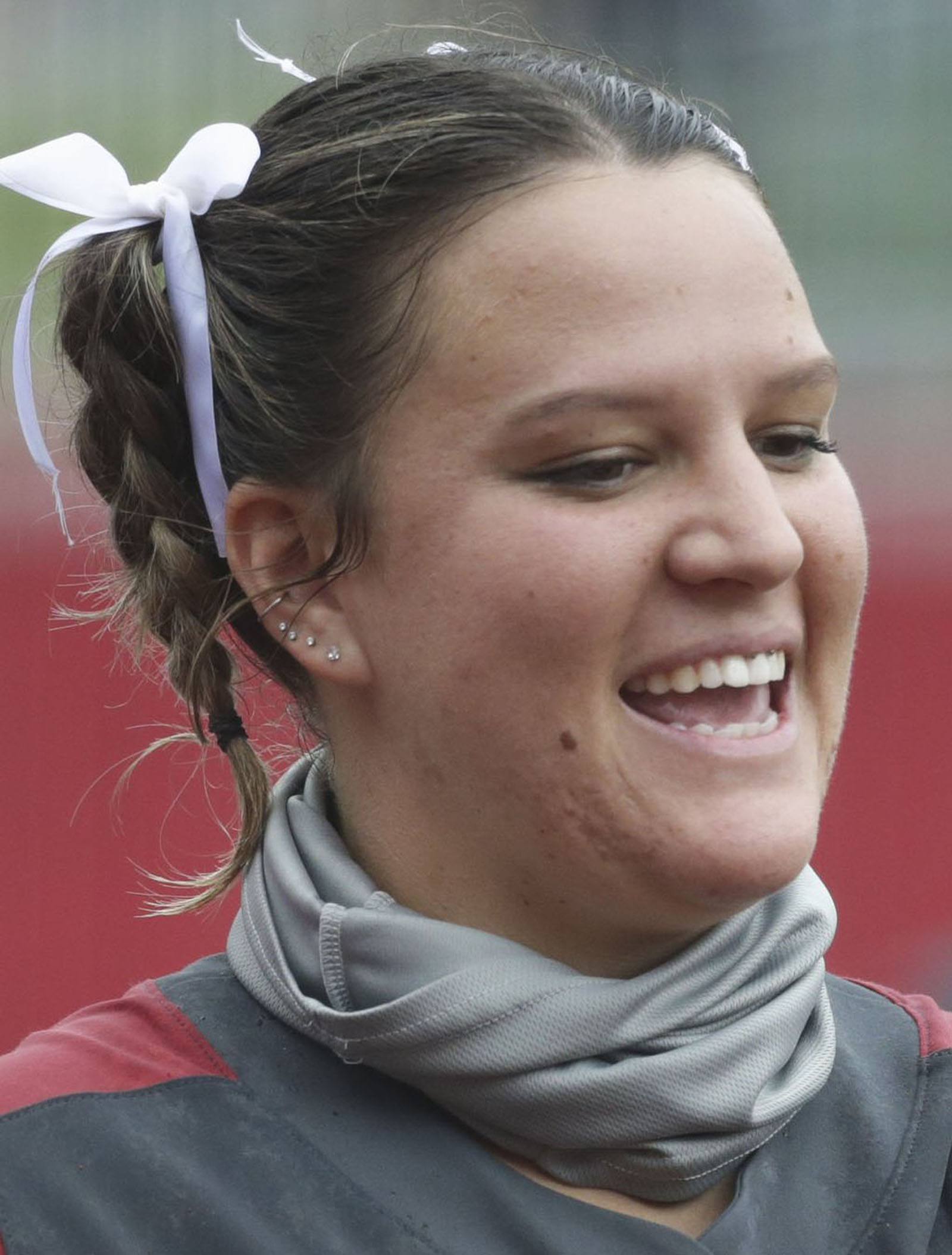 Arkansas outfielder Linnie Malkin (22) is shown Friday, May 21, 2021 during the opening game of the NCAA Fayetteville Softball Regional at Bogle Park in Fayetteville. (NWA Democrat-Gazette/Charlie Kaijo) 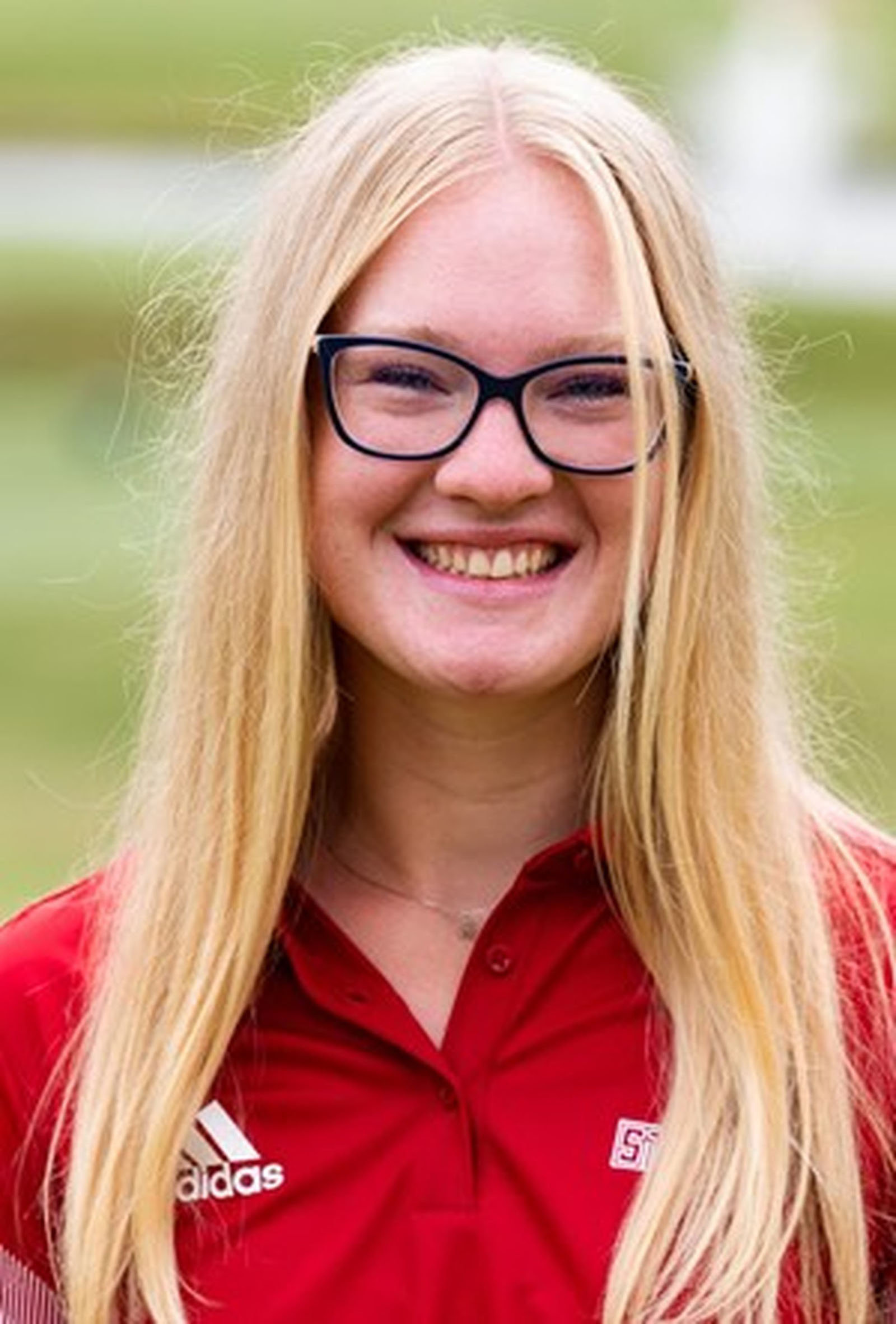