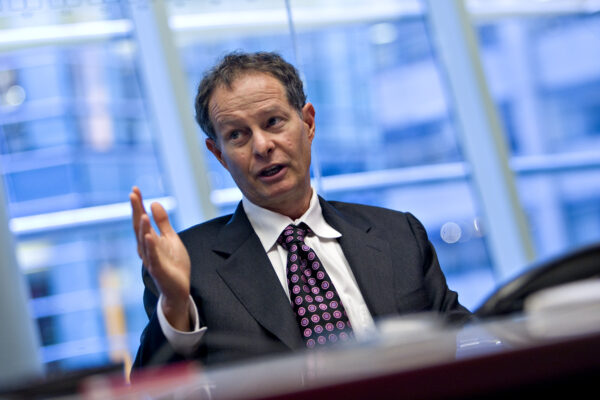 The co-founder and CEO of Whole Foods Market, John Mackey, didn’t hold back in expressing his displeasure and disappointment when asked for his thoughts about the U.S. healthcare system at the HIMSS Global Health Conference & Exhibition in Orlando Monday.

Despite the massive size and cost of the industry, patient outcomes in the U.S. lag far behind other countries, he stressed.

“We have a very sick population,” Mackey said. “If (the healthcare system) has a higher purpose to help people, it’s failing at it.”

The HIMSS22 executive summit opening keynote was moderated by Christopher Ross, chief information officer at Mayo Clinic, and a HIMSS board member. The conversation touched on everything from Mackey’s career with the organic grocery to his dietary approach (he’s vegan) to his post-retirement plans.

Throughout their chat, Mackey stressed how little attention he feels is paid to diet and lifestyle changes in medicine, despite the profound impact such changes can make on a person’s health and longevity. He also hinted at maybe, just possibly, doing something about that.

Mackey plans to retire from Whole Foods on September 1, after 44 years with the company he built from a single store in Austin, Texas. But he didn’t spend much time during the session in retrospective mode. Rather, he seemed to be itching to share what was next, while bemoaning the current state of the U.S. healthcare system.

He talked throughout the session about how patients frequently get medication or undergo procedures to treat symptoms of health problems. But, he said, little is done to help people overhaul their lifestyle to tackle major health problems Americans face like heart disease.

“Why don’t we have clinics that help people change their diets and lifestyles so that they can reverse the disease or prevent it? It’s astounding,” he said. “There’s a huge entrepreneurial opportunity out there for this. And I’m going to do something about it. It’s going to be my next career after Whole Foods.”

Ross didn’t miss a beat in lightheartedly holding Mackey to his word.

“Is that an announcement?” Ross quipped.

“No, that’s not announcement,” Mackey shot back. “But I’m going to do something. So stay tuned. There’s going to be an announcement coming eventually.”

Mackey, a proponent of “conscious capitalism,” appears to be someone who walks the talk. Since his early days with Whole Foods, when he was still figuring things out from a business standpoint, he described his commitment to fulfilling a purpose, not just turning a profit.

“We were just a bunch of hippies selling food to other hippies,” Mackey said, reminiscing about getting the company off the ground. (Whole Foods was founded in 1980 by Mackey and Renee Lawson Hardy.)

One venture capitalist who refused to invest in the business told Mackey at the time that the market was small. But it turned out there was a market for natural, organic foods, and supermarket that specialized in that, he said.

“At the time, America was going more and more and more towards super-processed foods – the kind of junk food that is really destroying the health of America,” he said.

Fast forward to 2022, and Mackey outlined how the U.S. populace is paying the price for embracing that way of eating and sedentary lifestyle. But rather than discussing it as an inevitability, Mackey stressed that it’s possible to make meaningful change. He discussed his own lifestyle choices, and how living healthfully has allowed Mackey and his wife to forgo taking any prescriptions.

While acknowledging that eating patterns can be difficult to change, he was also quick to talk solutions.

Right after teasing his announcement of a possible second career, Mackey described Whole Foods’ own program aimed at helping employees adopt healthy lifestyles and make dietary changes. The aim is to give employees tools to set in motion changes that could ultimately reverse or prevent chronic disease, including heart disease and diabetes.

Employees have to apply for the intensive week-long immersion program. Those who go through it are medically supervised and get intensive education and assistance with changing what they eat and becoming active.

“It’s remarkable what happens in just one week,” he said.

Mackey didn’t say whether his professional life after Whole Foods would in any way involve offering a program like that directly to consumers (not just for employees). But he emphasized again that if American medicine wasn’t up to the task of helping people make the ever-impactful shift to a healthier lifestyle, industry outsiders would be.

“I do think we’re going to see new business models crop up,” he said. “If the medical industry doesn’t want to do it, because it doesn’t pay enough, then you’ll see entrepreneurs innovate around it.”

Hear the latest industry news first. Sign up for our daily newsletter.